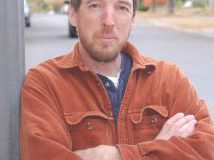 For most of us, our earliest experience with poetry was with childhood favorites like “This Old Man” and “Twinkle, Twinkle, Little Star.” Then in school, we were introduced to the classics, poems by the likes of William Blake, William Shakespeare, and Emily Bronte. What do they all have in common?

They rhyme. For example:

Not all poems rhyme. Many contemporary poets write in free verse. But even so, there are good reasons to rhyme or use other sound devices. They add musicality and rhythm, making poems enjoyable to listen to when read aloud. Also, rhymes create a pattern of words that is easier to memorize. Just think of your favorite song. The words that stick out the most are those that rhyme; they help you remember the rest of the lyrics as you sing along. So for lesson 2, I will discuss different ways to rhyme as well as touch on a couple popular sound devices.

When people call this beast to mind,
They marvel more and more
At such a little tail behind,
So large a trunk before.
From “The Elephant” by Hilaire Belloc

Practice perfect rhymes: Take words like mind or more, and then list words with the same ending sounds, such as behind and before. Challenge a friend to see how many you can come up with.

To rhyme is to use words that share similar ending sounds, but not all rhymes are equal. If the words do not have all of the same sounds, then they are called slant (or near) rhymes. For example, cold and bowl. While bowl does not have a d sound, it does have the oh-l sound. Say these words out loud a few times, and you will hear their similarities. Also, called and spilled are slant rhymes of cold; they all share the l-d sounds. Here is an example of slant rhymes at use:

O Captain! my Captain! rise up and hear the bells;
Rise up—for you the flag is flung—for you the bugle trills,
For you bouquets and ribbon’d wreaths—for you the shores a-crowding,
For you they call, the swaying mass, their eager faces turning;
From “O Captain, My Captain” by Walt Whitman

Bells and trills are not perfect rhymes. They do not have the same vowel sound, but they do sound similar as they share the l-s sounds; they are slant rhymes. Slant rhymes create limitless possibilities to rhyme, especially with difficult words. Practice with tough-to-rhyme words like orange and bulb. Then come up with words that share some of the same ending sounds, such as hinge and gulp.

Rhymes do not need to come at the ends of lines, for example:

Once upon a midnight dreary, while I pondered, weak and weary,
Over many a quaint and curious volume of forgotten lore—
While I nodded, nearly napping, suddenly there came a tapping,
As of some one gently rapping, rapping at my chamber door.

From “The Raven” by Edgar Allan Poe

Look at lines 1 and 3. In each, there is a word in the middle that rhymes with the word at the end of the line. And then in line 4, there are even more rhyming words—in the middle! These are called internal rhymes. Just read these lines aloud, and you will hear how musical they are because of where the rhymes are placed.

Aside from rhyming, alliteration is one of the most common sound devices. It is simply using words with the same beginning sound, such as in this example:

When I see birches bend to left and right
Across the lines of straighter darker trees,
I like to think some boy’s been swinging them.
But swinging doesn’t bend them down to stay.
From “Birches” by Robert Frost

Can you pick out all the words that begin with b? There are 6 in these 4 four lines. That is alliteration.

Probably the most fun sound device is onomatopoeia. You say it “ON-uh-MAH-tuh-PEE-uh.” It is using words like buzz and hiss that resemble the sound they define. Here is an example:

There were no drums or saxophones,
But just the clatter of their bones,
Rolling, rattling carefree circus,
Of mammoth polkas and mazurkas,
From “Fossils” by Ogden Nash

Clatter and rattling are words that represent sounds. By using them, the poet makes readers hear the sound of dry old dinosaur bones bumping into each other.

Pick a sound. Any sound. It could be a vowel sound, consonant sound, or letter blend, like st, bl, ch, etc. . . . Then create a list of words (at least 20) using that sound. And the sound can come at the beginning, middle, or end of the word. Then write a poem, including as many of those words as possible. When finished, read the poem aloud. Note that the sound you pick, can greatly affect the feel of your poem. For example:

You do not do, you do not do
Any more, black shoe
From “Daddy” by Sylvia Plath

In this poem, the repeated sounds in you, do, and shoe make these lines feel angry, and they are. So as you write poetry, think of how the sounds of the words you use affect the mood and rhythm of your poems.

alliteration—words that begin with the same sound(s), such as sheep and shy, orbend and boy

onomatopoeia—words, such as buzz and moo, that resemble the sounds they define

perfect rhymes—words that end with the same sounds, such as cold and bold

slant (or near) rhyme—words that end with only some similar sound(s), such as coldand bowl

Blake Hoena is a published poet and children’s book author living in St Paul, MN. To learn more about him and his writing, go to bahoena.com. And should you write any poems using the recommended writing exercise, forward them to him so he can post them on his blog.